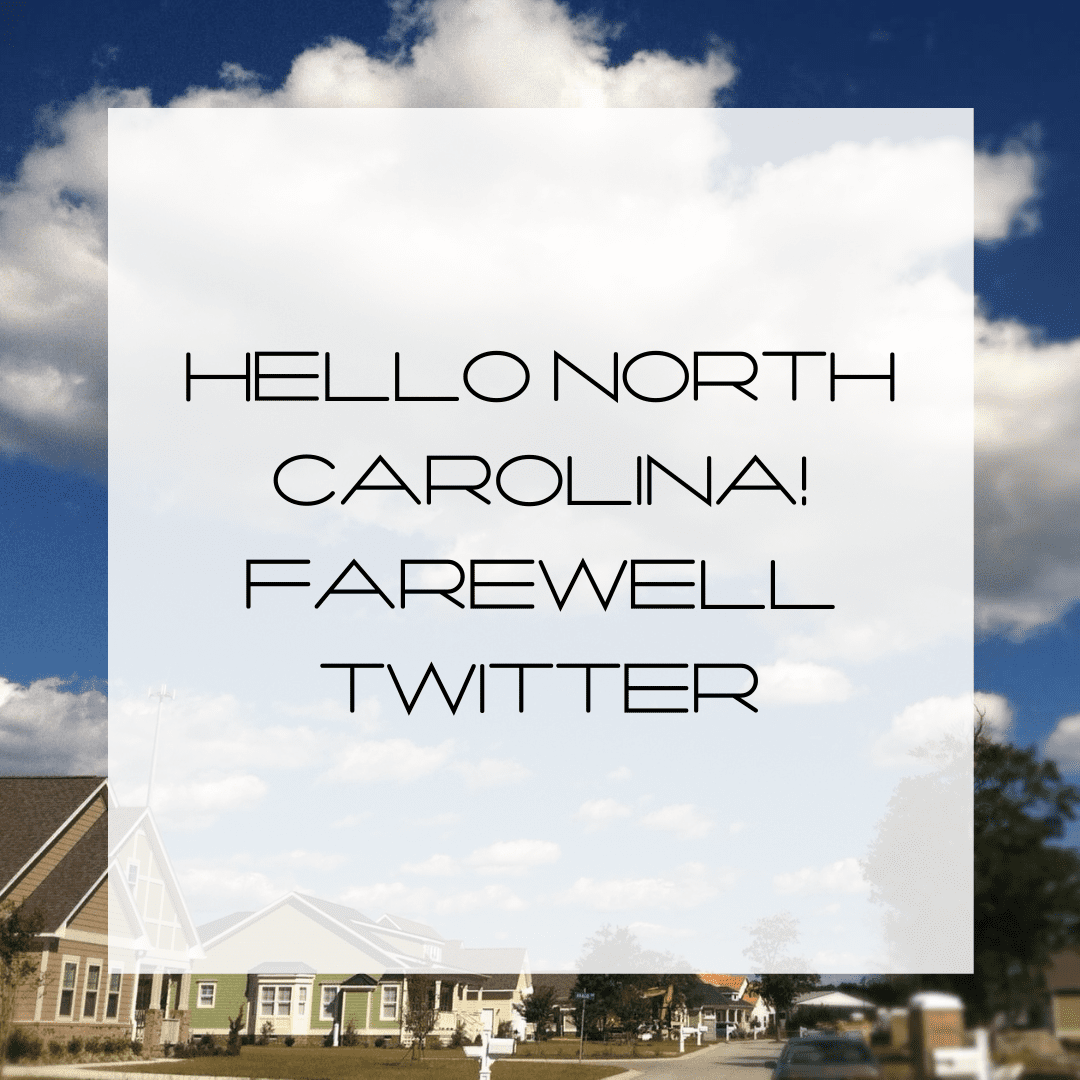 Hello North Carolina! It’s taken me a little longer than expected to post an update but we made it safe and sound to North Carolina and we’re settling in. The trip was interesting, to say the least (with two dogs, two rabbits, two kids, and a small parrot) and seemed to take forever with all the potty breaks. The next time we make a long road trip I swear I’m putting everyone in diapers.

We traveled with our own zoo. Twitter, our sweet Crimson-Bellied Conure, rode shotgun with me the whole trip. She was a trooper. The kids sat in the back (I have a Lincoln MKX)  and the bunnies (Bella and Beau) were in the cargo area so everyone could have enough room. The dogs (Sammy and Sebastian) rode with Mr. Right. It really feel like a traveling zoo when it came time to unload and bring everyone into the hotel room, but we did it!  Our trip was successful. 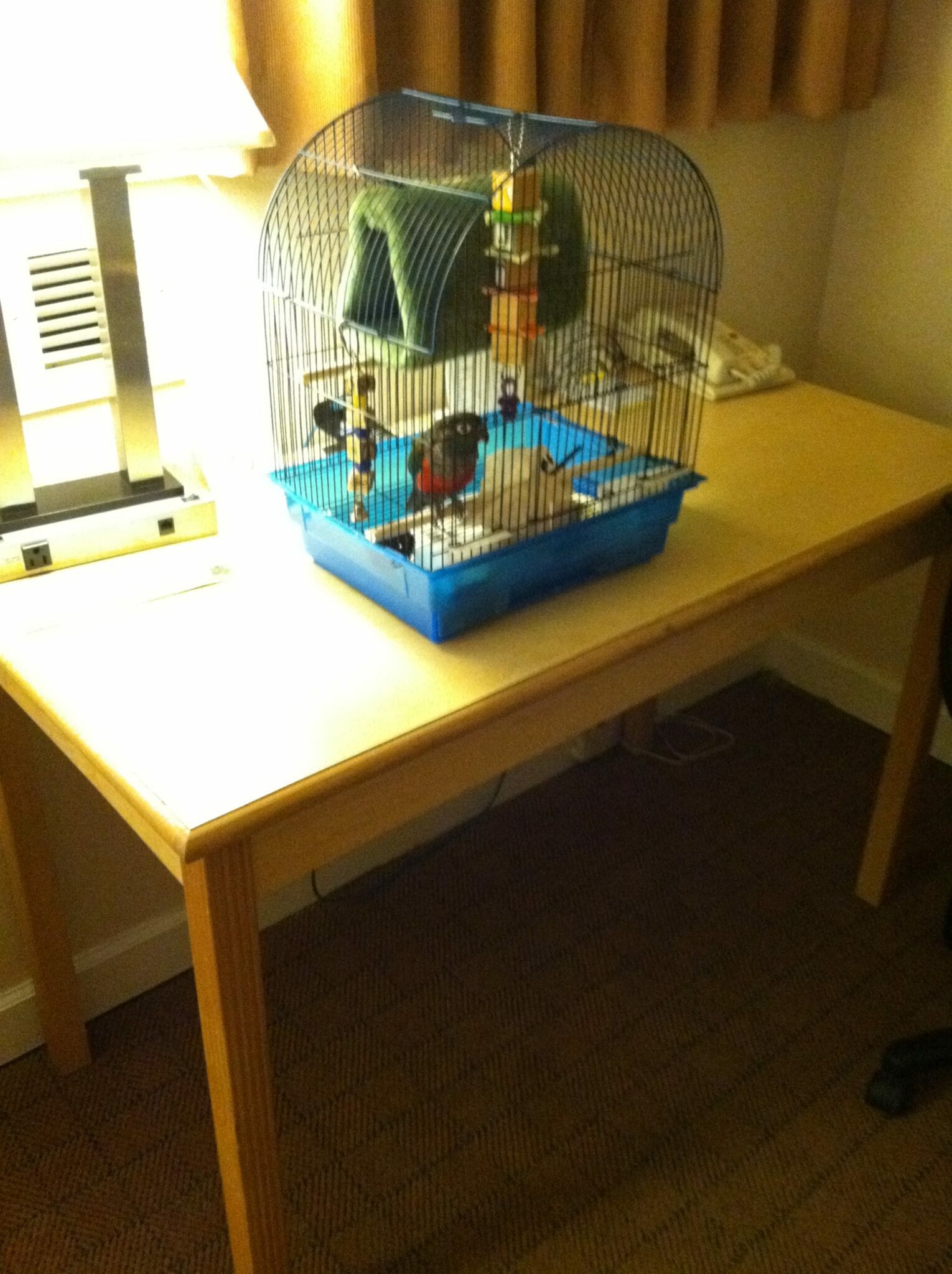 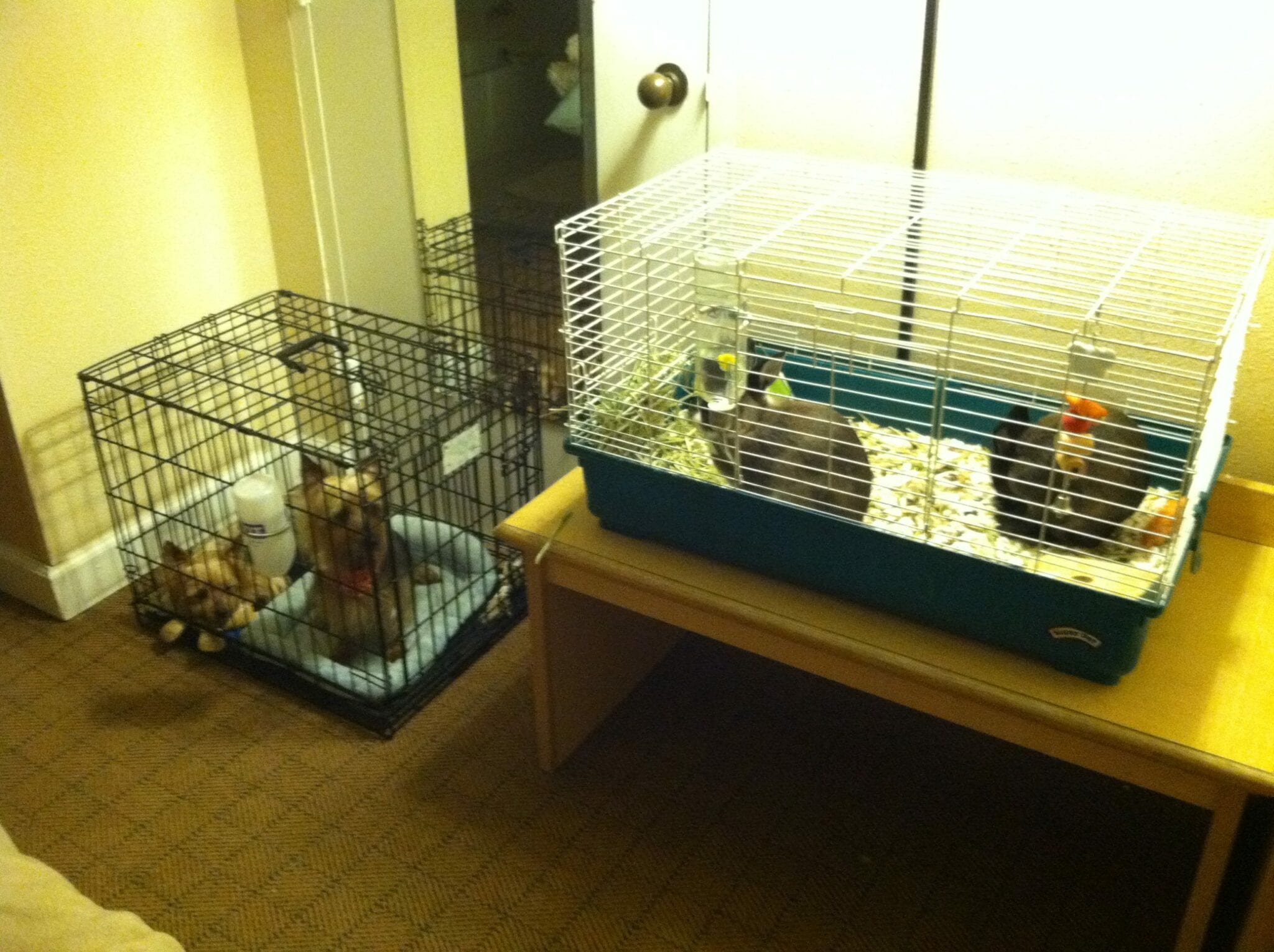 We had one goal – besides making it to NC. The goal was to get to NC and get in the house before Bella’s birthday and the 4th of July weekend. That’s all she wanted. – to be able to celebrate her birthday in her new house, and come hell or high water I was going to make it happen.

We left late Saturday (that’s a whole other blog post) and made is just in the nick of time – arriving Monday night/Tuesday morning at 2 AM. Mission accomplished! The kids were tuckered out but we made it. 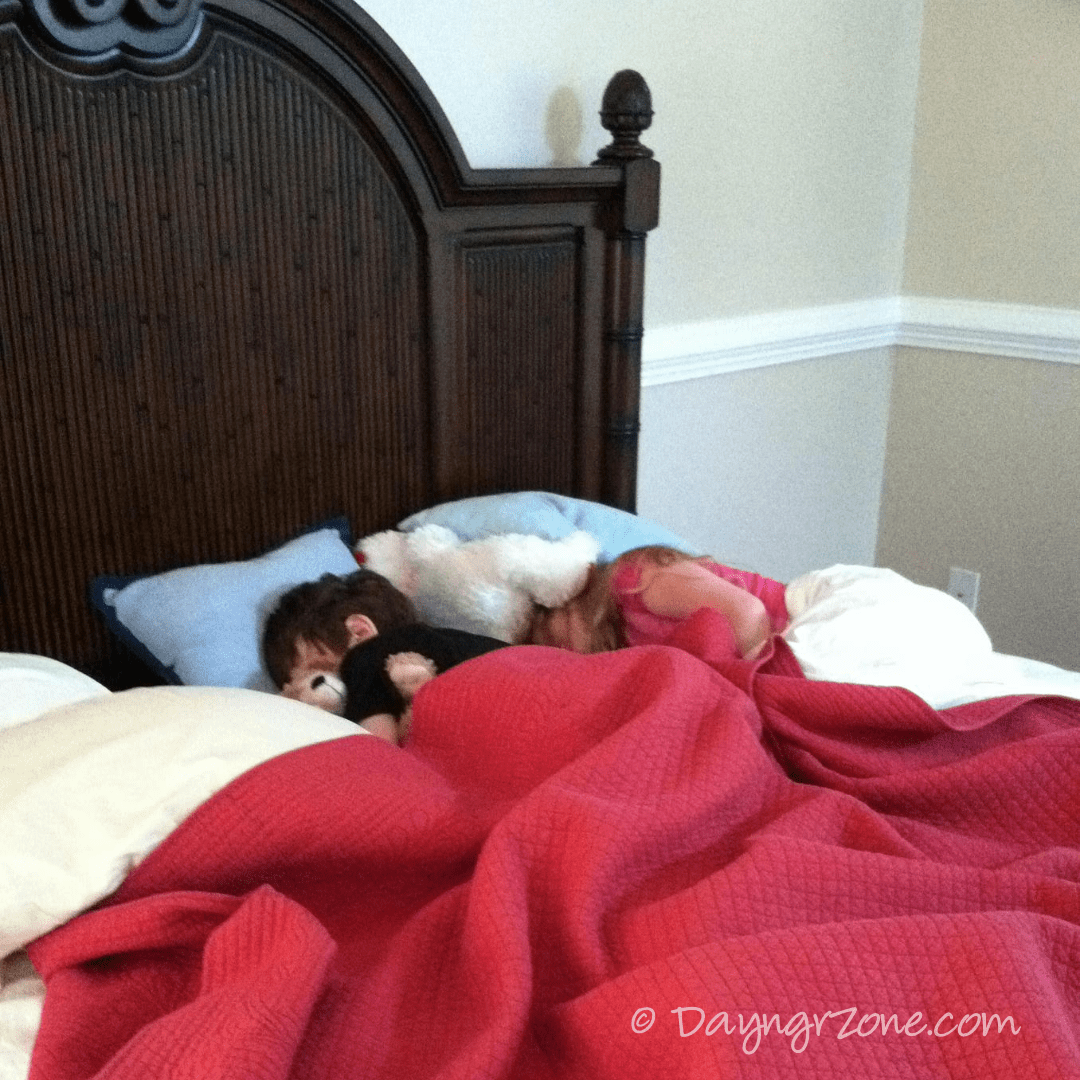 We lucked out and realized we had a game room type place locally called MacDaddy’s so we surprised Bella and took her there for a great big birthday celebration. The kids had a ball playing games in the arcade and riding the go-karts. It was a nice way to ease them into life in North Carolina. After that, there was no way they were thinking about moving back to Florida. 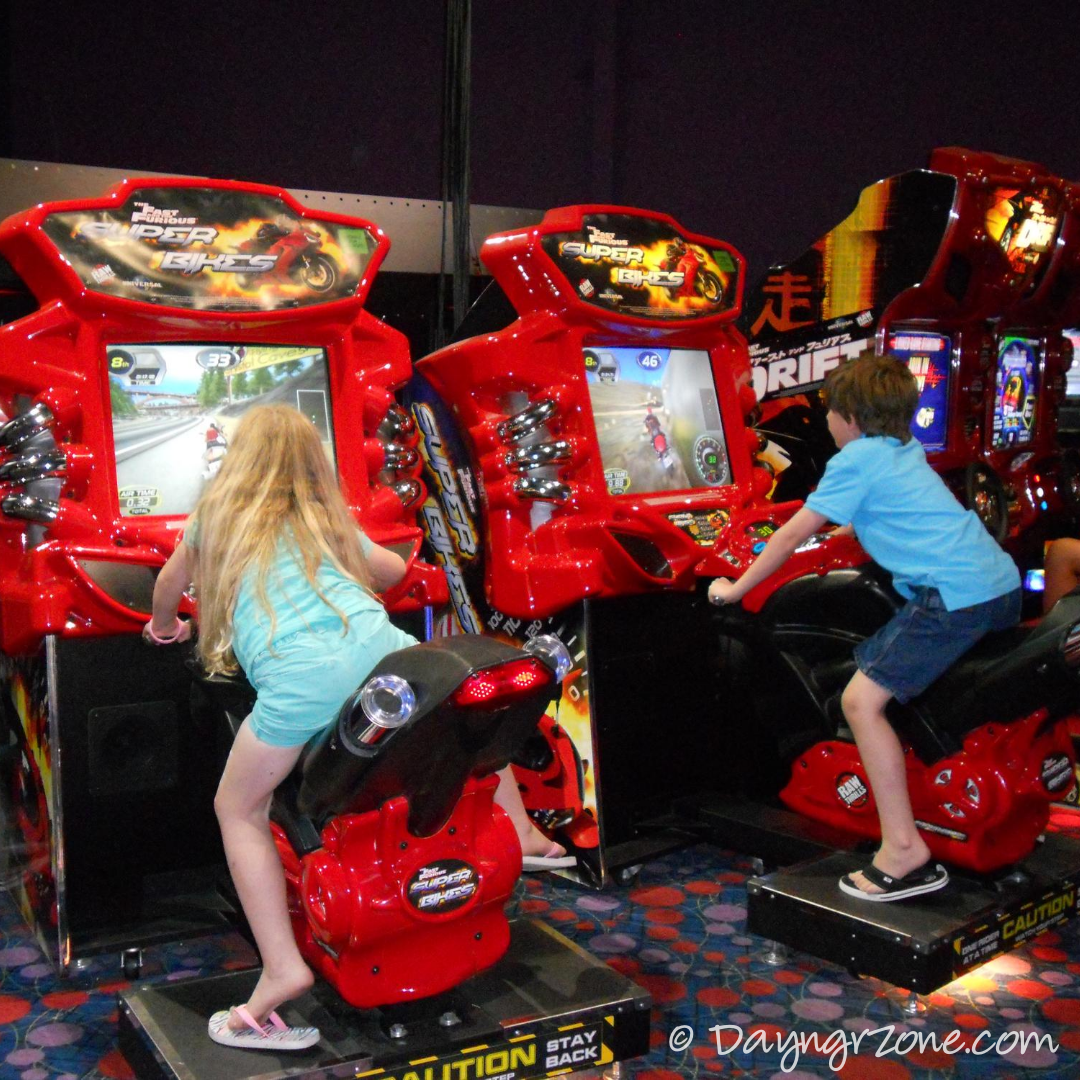 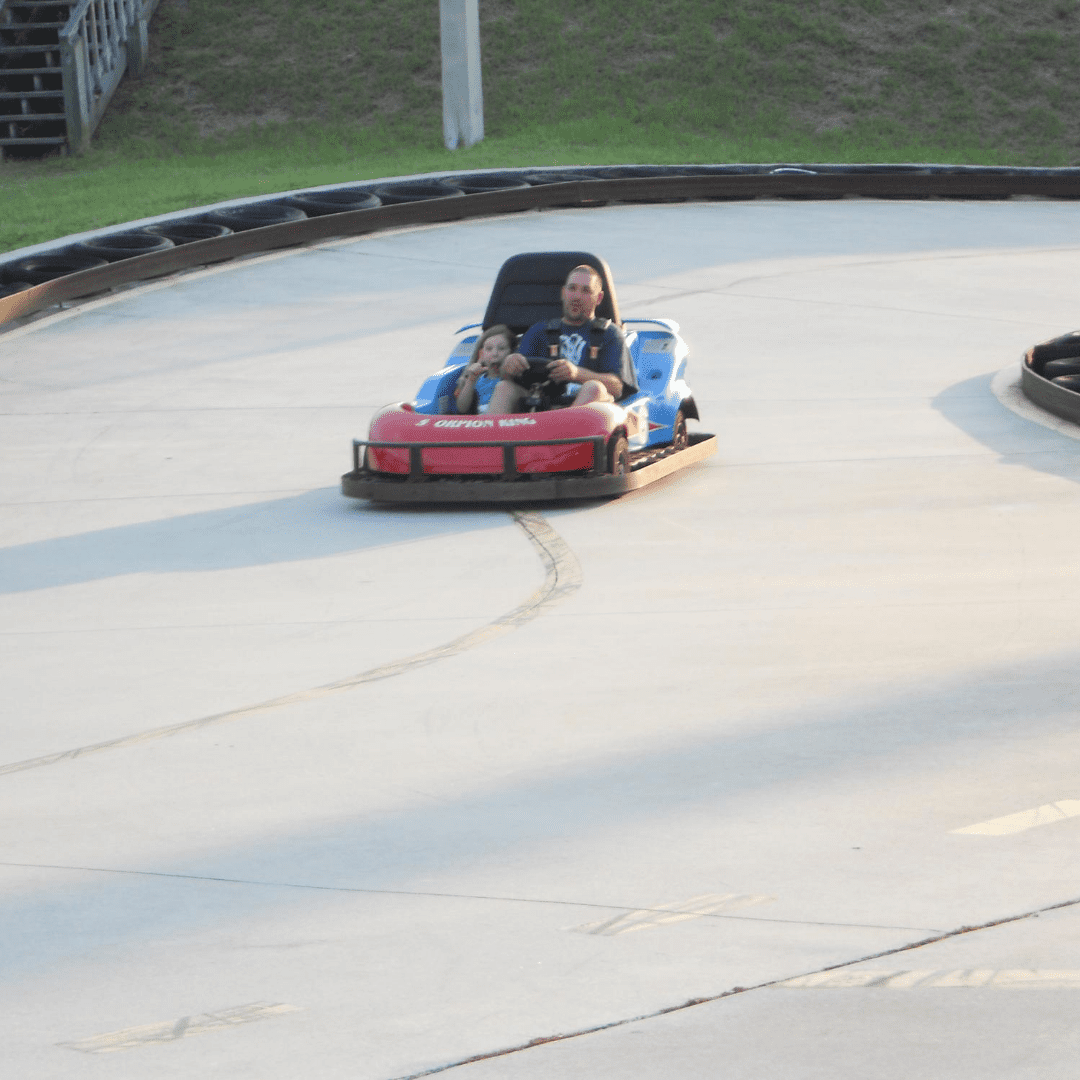 We wasted no time breaking in the kitchen either. We had a big 4th of July celebration and birthday party with my cousins, who live on the beach, and my three aunts, who also live in the area. After our big Independence Day cookout, the kids were introduced to a homemade slip-n-slide. We took a tarp, laid it out on the group, squirted dish soap on it, and turned on the hose. At first, the kids had no idea what to fo but they got the hang of it. I think they enjoyed playing in the hose and just sitting on the tarp more, though. 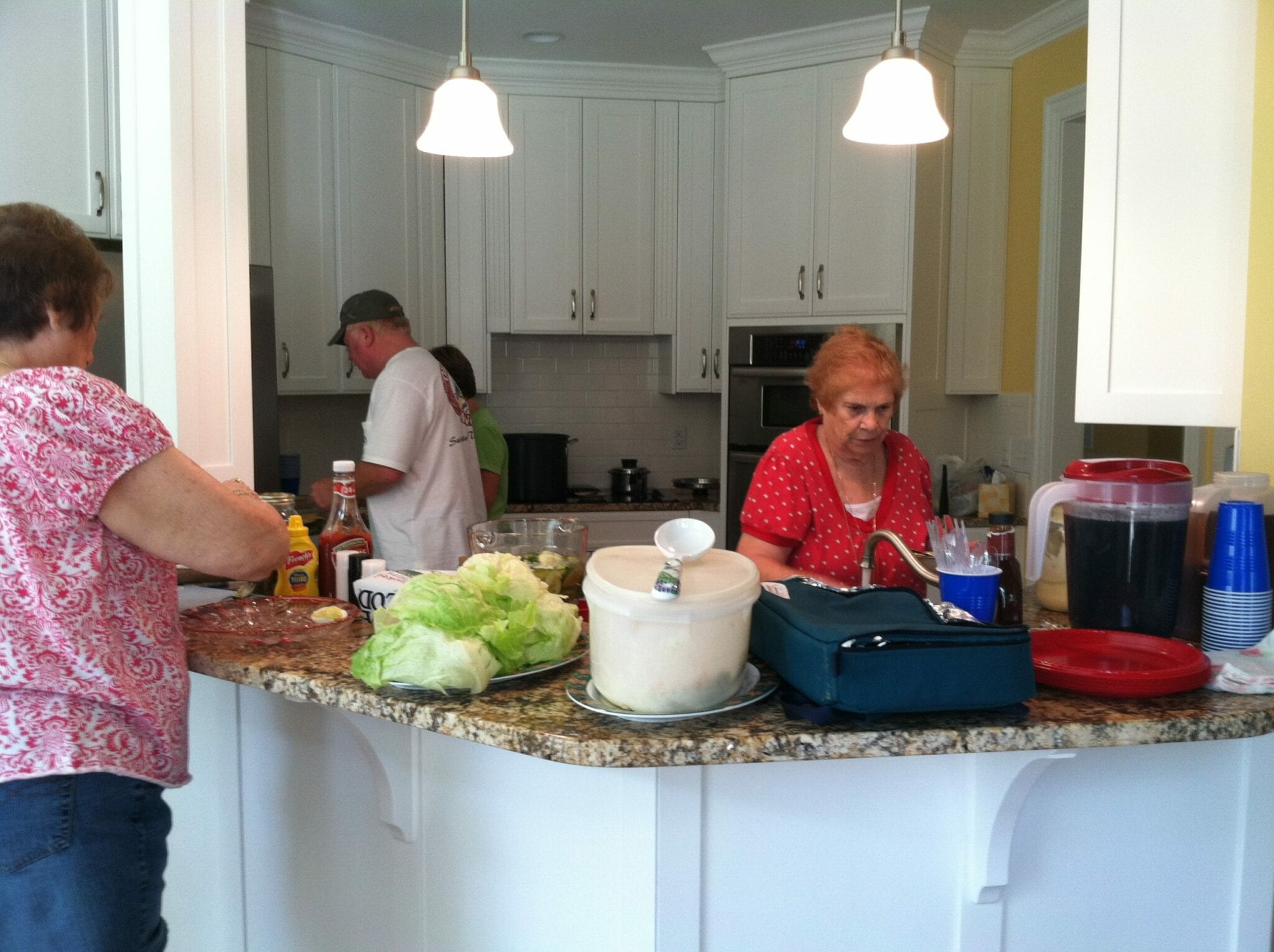 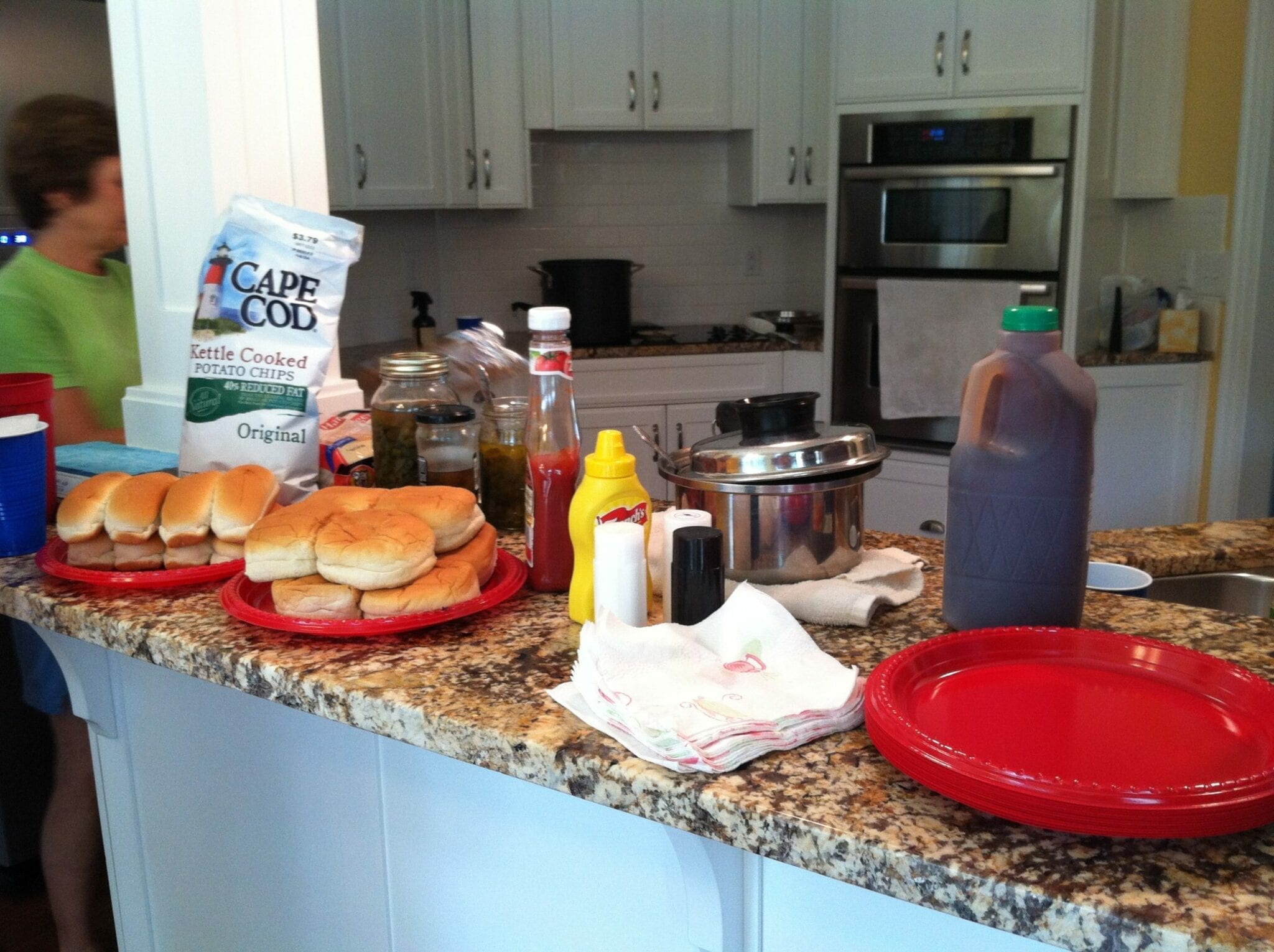 Can you tell we were having a cookout? 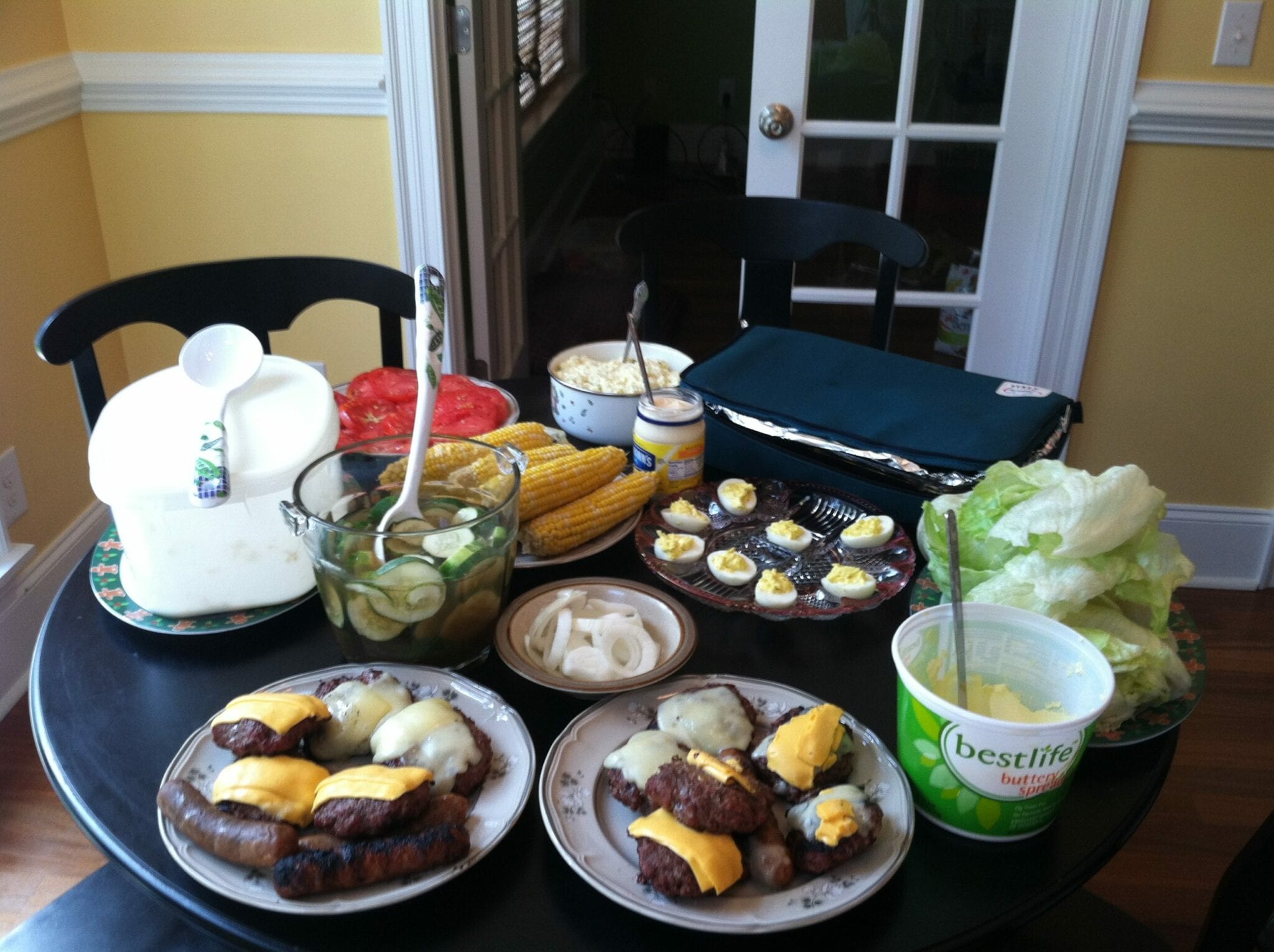 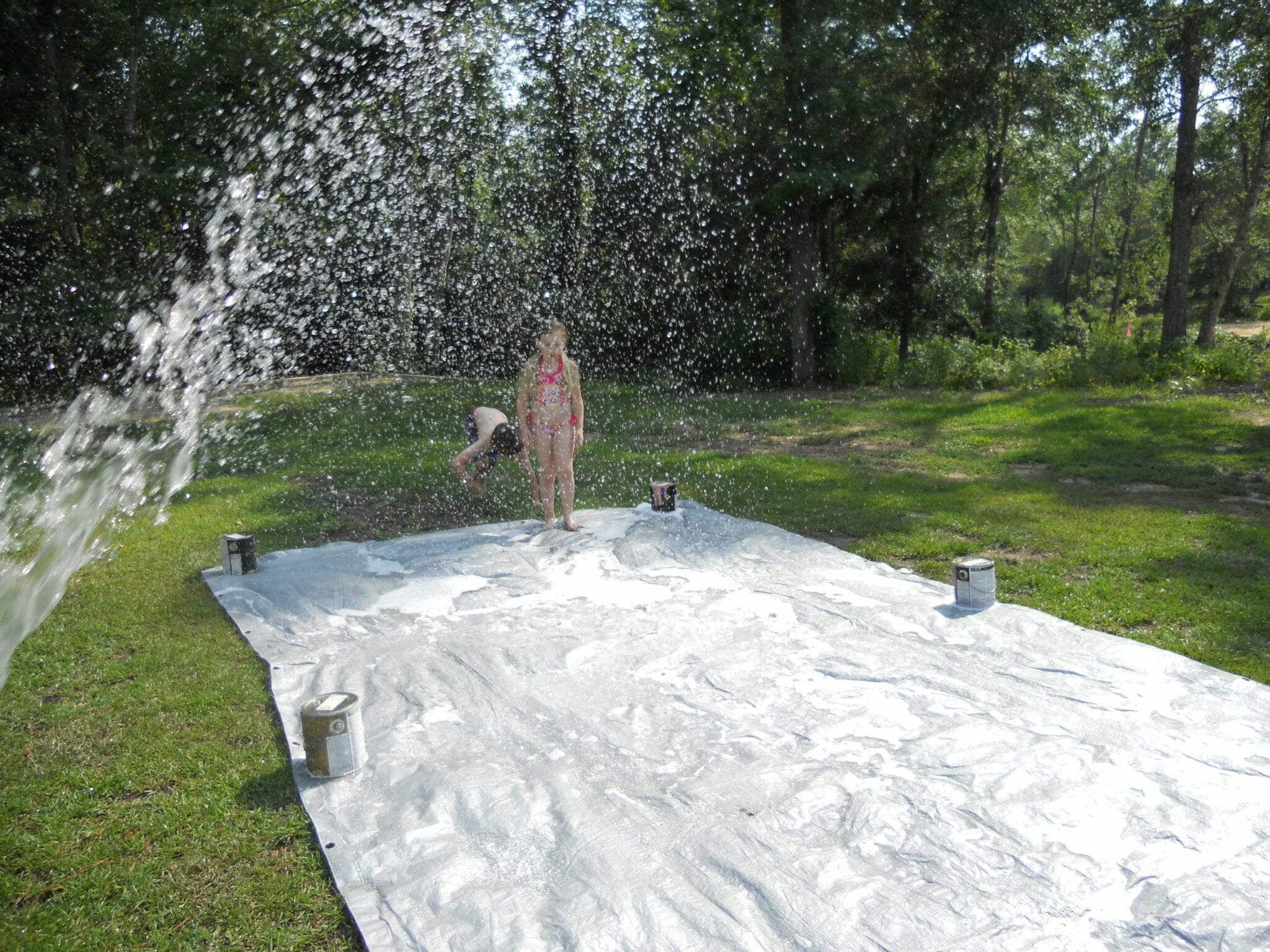 The whole experience here has been great. I haven’t had much of a chance to get out and meet the neighbors just yet, but all in good time. I’m still exploring the city and learning where everything is located. We’re in a great location, close to the grocery store, and a drug store, the hospital, and a few restaurants.  In fact, we had breakfast this past weekend at Yana Mama’s located in beautiful, historic Swansboro. It’s so lovely! 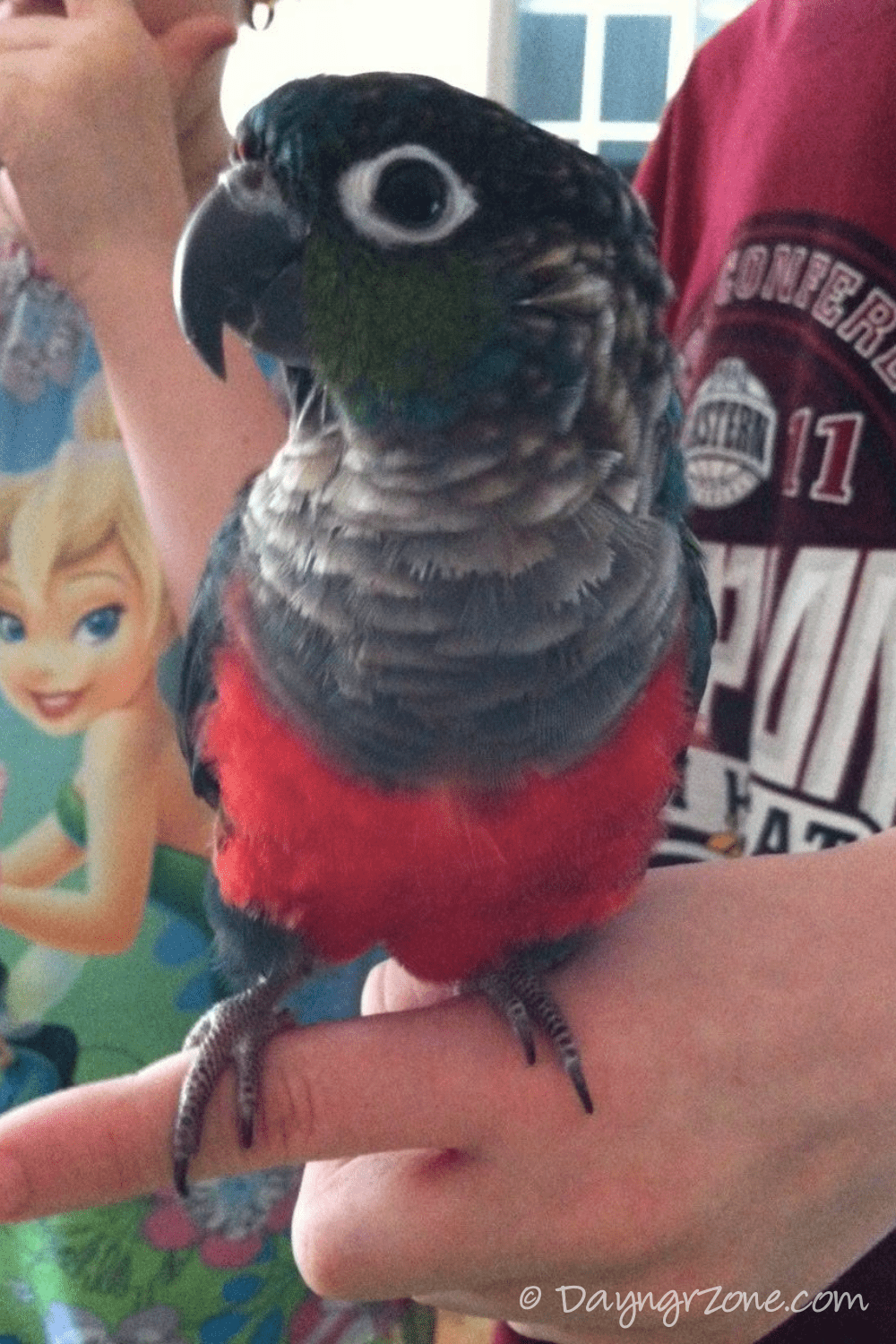 Sadly, we lost our beautiful baby, Twitter. We’re not sure what happened. She was thriving here in NC and loving the new views she had out to the glorious green trees. She was also enjoying all of the extra love and attention she was getting from my cousins. It came as such a surprise last Friday when her right eye swelled up late in the afternoon. I thought she may have scratched her eye since she was scratching her head quite a bit and figured I would take her to the vet first thing Saturday morning – but she didn’t make it through the night. It was such a shock. We were very attached to her and Rex was devastated. Honestly, it was a first for all of us, having never lost a pet so unexpectedly. We’ve purchased a little shovel and I suspect there will be a little funeral in the very near future.

So, that’s life in North Carolina so far. Hope you’ll stay tuned for whatever comes next!